Pitch
Unreasonable Inventors
>
David Haley: We started with the customer

David Haley: We started with the customer 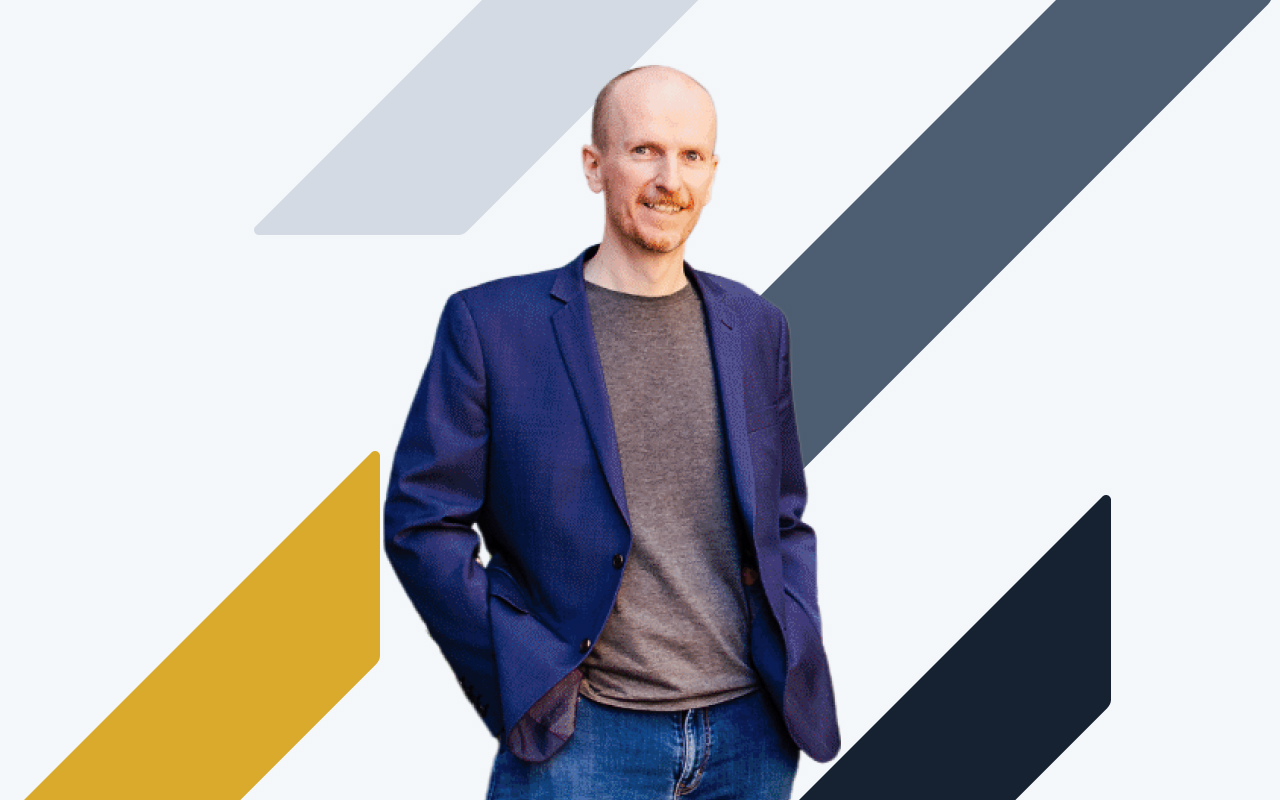 Myriota was founded to revolutionise the Internet of Things (IoT) by offering disruptively low-cost and long-battery-life global connectivity.

Based in Adelaide, a focal point of the Australian space industry and home of the Australian Space Agency, Myriota has a growing portfolio of more than 60 granted patents, and support from major Australian and international investors. With deep heritage in telecommunications research, world-first transmission of IoT data direct to nanosatellite was achieved in 2013. Myriota has a growing list of hundreds of partners worldwide and has delivered millions of messages via the Myriota Network. Applications enabled by the Myriota Network are serving critical industries such as agriculture, resources, utilities, logistics, environmental management, and defence.

We spoke with Myriota co-founder David Haley about the potential of the Australian spacetech industry...

I'd love to hear the story of Myriota so far and how you've come from starting out as a space tech company to where you are today?

Myriota was founded in late 2015 to revolutionize the Internet of Things by offering secure low-cost long battery life global connectivity. There was a gap in the market there that we saw for a new class of service of IoT. A year later, we'd productised our patented satellite communications technologies, putting direct orbit satellite comms in the hands of our customers. Myriota has raised over $50 million to-date. Our Series A      capital raise completed in early 2018, and that's where we started our scale up journey. It brought new investors, including Main Sequence, Boeing, and Singtel, and it also enabled us to refine and deliver our second generation of products. We've continued to build our team, improve our products, and expand our operational footprint. We've got around 50 team members distributed across Australia and Canada, and we're still growing. Our satellites provide global connectivity. They're in low Earth orbit, and our recently announced partnership with Spire will deliver near real-time bidirectional secure communication by the end of 2022.

Why and how was the company founded?

The key point here is that it started with the customer.

Existing satellite comms were too expensive, too power-hungry, and not simple enough to use. And that's where we saw an opportunity to solve the technological problems that would unlock new capabilities for the industry. At the time, we were within the Institute for Telecommunications Research at University of South Australia, where we had the ability within the team there to address those deep tech challenges.

When you bring together a genuine customer with problems that look like they're impossible to solve, that's actually very exciting.

We spoke very early on with a number of potential users of the system, and we used that to gauge interest to scope out key parameters of the system. Things like the size of the messages they wanted to transmit, how long they wanted batteries to last, all of those details to make sure that we were building the right thing and solving the right problems. We then unleashed a team of very capable people to get on top of that. So by the time we spun out of the University, we had a portfolio of 10 patents that we'd filed covering the core inventions that enable this, along with having demonstrated the system working direct to satellite.

Having come from a University background, do you feel like there is a divide between the TRL levels-based University R&D and the process needed to commercialise technology?

I don't think there's a divide if it's managed in a certain way. We were very clear in our own minds about the value of generating the IP, and by that, I mean the algorithms and system designs that would enable our products. We incorporated that research-based IP into prototypes that clearly demonstrated what could be done, but those prototypes were not products. The fundamental purpose of that wasn't necessarily to show that this prototype was what we expected people to deploy, but it was to demonstrate the real-world value of our research and how it could be commercialised into an in-demand product.

Is there a philosophical difference that you'd see between an MVP - minimum viable product - and a prototype? Or do you think that they serve much the same purpose?

I think they are different in that the prototype is the earliest stage for demonstration, proof of concept, and a lot of internal testing, but it's definitely on the pathway to an MVP. In a design thinking process, which is how we do things at Myriota, a prototype is provided to a customer with clear communication and understanding of the pre-MVP stage of the development process. That accelerates learning from the customer, and can help you show your planning, thinking, capabilities, and knowledge of the customer's problem before the MVP is fully defined and created.

I'm fascinated by the startup concept of running fast and breaking things, but am I right in saying it doesn't really apply in hard tech industries, like space technology?

I think that there's definitely a need for responsible caution. When you're launching in space, there are laws to adhere to, and responsibilities to uphold like the mitigation of space debris. But there is a shift as space becomes more accessible, and there is a gradually increasing tolerance for taking more risk across the industry. From some of the experiments, we can see that the launch providers are iterating quickly and the same things are happening throughout the value chain as you move up the stack to provide services.

You mentioned making space more accessible there. What do you think are the factors that have contributed to that?

I think there are many factors in our field, things like launches becoming more accessible. There's competition in the marketplace; there's demand. Some of the factors driving that include the volume and the number of satellites that have been launched and advancements in the consumer electronics market that have made it more straightforward to build spacecraft. Early on, when it was costly to put something in orbit, there was more to lose so the industry norm was to exercise a considerable amount of caution. In some cases this led to over-engineering, to protect the technology and launch.

As we gained a better understanding of what space is like, the tolerance for taking risks has increased a little. One of the significant changes for companies like ours has been the nanosatellite revolution and bringing in satellites like cube sets, which are compact and still able to perform at the necessary level. Technologies driven by consumer electronics have found their way into companies innovating and building smaller spacecraft. This has led to densely populated circuits that are very power efficient coming from all sorts of other areas of industry that have similar requirements around long battery life. If you look at your mobile phone, for example, it needs to last on a battery, it needs to be compact, and so on. Those capabilities then transfer into a similar place in spacetech.

Do you believe we have the potential to bring the manufacturing and creation of spacetech components to Australia?

It depends what you mean by components. If you're going all the way down to a capacitor or something like that, I'm probably not the best person to answer that question. But when it comes to subsystems and components of satellites, and then the satellites themselves, absolutely. We have a lot of skills in Australia, in electronics design, and now in the space domain. There's a number of companies that you've probably already spoken to that are working in this area. There's a lot of sovereign capability here that's developing as well. Then there are also the launch providers and launch facilities themselves that are being developed here in Australia; there's a lot of activity.

I'm finding it interesting that when I speak to many software startups and software platforms, founders often express frustration with the level of skills available in Australia to work on their companies. Do you think we have the engineers necessary to continue building on this space opportunity?

Yes, I think we do. Obviously, we're headquartered in Adelaide, where there's always been a strong defense industry; and whether it's working literally in space defense or in another area of defense, solving those kinds of problems in the hardware, embedded software, and similar domains creates transferable skills. There is a great deal of talent here that has made its way into spacetech.

Do you feel there's been enough government support for your work and for the industry as a whole?

We've had some good support. You might have seen the announcement recently of the defense innovation hub for the Internet of Military Things. So we had good support from defense and also good support from some commercialisation programs early on to help in some of their product development. The South Australian venture capital fund has also joined us during our fundraising.

One change that I'd love to get your comment on is the shift in responsibility for the space race, if we can call it that. A few decades ago, it used to be a public space race, government-funded, and now it seems to have shifted hugely to being a private space race. Do you see that as being a net positive or net negative?

I see it as a positive. Having industry more involved doesn't mean governments are involved less; it just means we have more people participating, researching, creating, and driving spacetech forward.

There are other advantages too; as soon as you have more scope for competition, more capacity for driving some of the advances that we just talked about earlier, making things more accessible, that leads to new innovation. People are inventing where previously they didn't think it was even an option to go anywhere near space.

There's still a knowledge gap for people who don't yet understand the benefits of having a space industry; how can we change that?

Part of it is helping people understand where space is already playing a role in their everyday lives. It's not intuitively obvious to everybody that when they fire up the Maps application on their phone, spacetech makes that possible. The phone can tell you where you are because of GPS satellites in orbit. That's not necessarily something that everybody is aware of. And so I think there's an opportunity here to educate and get people excited, in speaking with schools, and even kindergartens, around how we use space. 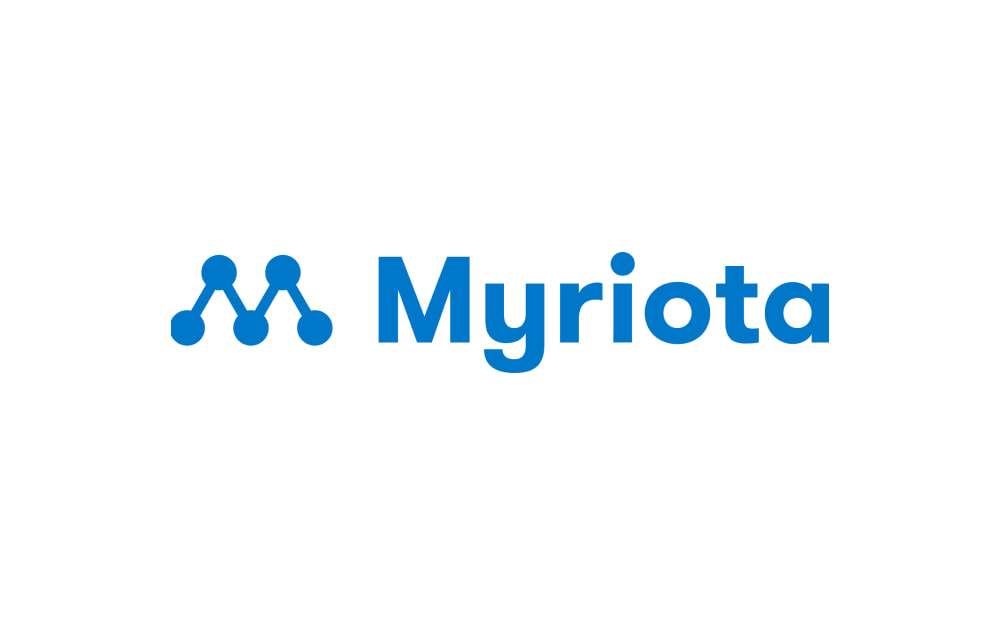