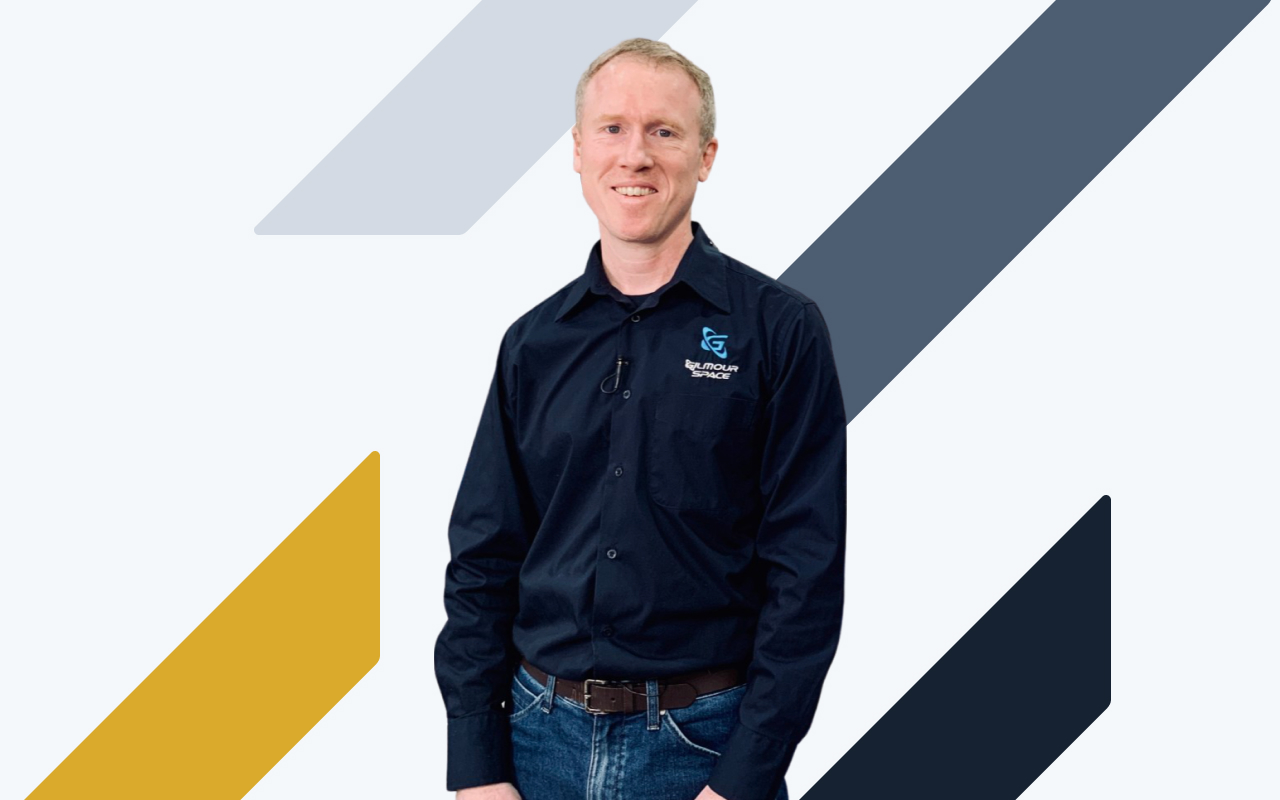 The space-tech scaleup recognised that launch is the bottleneck to the growth of the space industry and that launch costs and availability are two of the biggest hurdles for smallsat customers who are developing, testing, and deploying New Space technologies.

We reached out to Gilmour Space founder and CEO Adam Gilmour to explore launch tech and his journey to becoming one of the leaders of the Australian space industry.

Can you tell us the story of Gilmour Space so far?

Gilmour Space has grown and changed along the way as we understood better what was needed and what was possible.

I first became interested in establishing a space firm around 2004, when the X Prize competition was won. I was at Citibank at the time, and what really struck me was the fact that the winning company had developed a rocket-powered space plane and high-altitude mother aircraft for just US$20 million.

And then Richard Branson came in straight after that and said he would license the tech. He was able to leverage a $300 million capital injection out of the Middle East, which valued the company at a billion dollars. That is a pretty good return on investment - invest $20 million, and you get a billion-dollar company through one successful test flight.

I think, in many ways, that was the beginning of what's called New Space - the idea that you don't have to sink in a whole lot of capital, and that you could get an excellent return if it works.

I spent a lot of time back then looking at the demand for suborbital tourism because that's what I wanted to get involved in. But as I got further into that research, I realized that there were two main components to suborbital space tourism.

By 2012, we had a good idea that we needed to develop launch vehicles, and we started two companies side by side. One was a space education company and the other was a space technology company, which made all the space simulators for our space education programs. In late 2014, we decided to start a new rocket program in parallel to building the simulators. And so with just three engineers, we developed our first rocket motors, put it into a flight vehicle, and conducted our first successful test flight.

By the end of 2015, we had 10 to 12 staff working on rockets, and from there, we just grew. After our Series A round in 2017, we took the company to about 25 people and started working on a much bigger suborbital rocket called One Vision. We worked on that until 2018, creating the core engine technology that we could test in a flight vehicle and hopefully translate all of the systems of that flight vehicle into the orbital vehicle.

Can you talk about your experiences with the rocket launch?

That One Vision rocket failed, but we learned a lot from fully designing and assembling the vehicle components, testing everything, and building our own mobile launch platform with ground support equipment.

There's a bit of media fluff around failed launches, but the path to a finished vehicle - its design, test, manufacture, and assembly - is a massive education effort in itself. By the time you put it on the pad and try to send it up, you've done most of the things you have to do anyway. We definitely learnt a lot from that program that went into the design of the orbital vehicle, which is really good.

The car that you and I drive have gone through thousands of hours of development time with bits and pieces tested, broken, and fixed; and the end result is a very good vehicle. The stakes are so much higher for what we're doing because you only get one chance at a launch. That's the real bummer about launch vehicles; if almost anything goes wrong, the whole thing fails. It’s important from that perspective to fail fast and fail forward.

Do you think the space tech industry in Australia is now in a place of strength or still in that phase of building up the foundations?

When we started, there was no space agency, no funding at all from the government, no grant programs. I remember the last government-funded grant program was around 2013 or 2014. They had allocated $40 million, with a maximum of $5 million individual grants, to maybe 10 different organizations. When we called that government department, they said, look “we've just allocated all that $40 million. There's nothing in the future. So, good luck."

Thankfully, the venture capital companies came in and provided us with the runway and the means to make it here. I really do think a lot of what we've done was trailblazing. Everyone's talking about launch sites now; and it's due to all the noise and work we've done over the years.

What challenges are you aware of right now in accomplishing your mission?

What's important now is that we demonstrate the technology. For us, a successful launch next year will be the final piece of the puzzle. It will show that Australia has the end-to-end supply chain for space - the launch site, launch vehicle, and satellite manufacturing, etc.

COVID has been a real hit to the supply chain, however. Global transportation systems have severely curtailed capacity, so the frequency of things moving has gone down dramatically. But the industry hasn't slowed down that much, so demand is still high. That has definitely impacted us. And not being able to visit and engage closely with our customers and suppliers has been challenging.

Is there a chance that component manufacturing for space technology will eventually come to Australia?

Yeah, I give that a very high chance of success. There may be one or two components that are still made overseas, but I think Australian manufacturers can make most space components and vehicles here.

If we bring all the components here, and we have all the materials, do you think that we have the human power to grow our space industry?

It's a bit of a chicken and egg thing. When we started, there weren’t really any rocket engineers in Australia and we had to build the capability organically. We have been able to hire international rocket engineers in the last three years, and are now at a self-sustaining point where we can employ engineers out of University and give them on-the-job training. Within six to 18 months, they become quite experienced seasoned engineers.

What do you look for in hiring engineers?

I look for problem solvers, people that might challenge each other with new ideas. When we interview people, we want to ask them - what's the biggest problem you had, and how did you solve it? What new technology have you developed, what have you changed in your place of work, and what things have you created? We look for engineers who have tried to build something, integrate things, test and work through failures to get to an end solution.

I think you have to take risks where you can understand what failure means. I tell my engineers that I don't mind them blowing something up (assuming it’s safe to do so), as long as they had thought through the risks and decided that it was worth it. The space industry has to move fast. Elon Musk is probably at the sharp end, making and breaking things quickly. He's got billions of dollars to do that, of course, so we’re a lot more careful than he is. But we still want to take some risks.

Do you believe the attention and the focus on folks like Bezos, Musk, and Branson going into space is a net positive?

There is some negativity around Bezos and Branson trying to outrace each other in getting to space, which I disagree with. I think it's great that they're willing to entrust their safety with their own technology. Many people don't realize that these are still early prototypes, and it was a courageous thing for them to do.

In general, I think the world doesn't understand how critical space is to their everyday life. They may never know how it all works, but the more focus it gets and the more people think about space, the better.

Do you think the shift from a government-funded space race to what is essentially a private space race now has been a good thing?

Yeah, I think it's been a great thing; I mean, the costs of doing anything have gone down by a factor of 10. When I first started working in the space industry, it was very government-run and $10 million might be just enough for one major project.

Today, that $10 million today could fund a range of different but quite significant projects. You can get so much more done. If you look at the NASA moon mission, NASA just signed a contract with SpaceX for, I think, less than $2 billion. The equivalent lunar contract from the past Apollo missions was about $24 billion.

When NASA first started talking about going to the moon, to Mars, they needed an annual budget increase of $20 billion. They've managed to almost bootstrap a mission to the moon for a couple of billion dollars more a year in the annual budget, which is insane.

From an outside perspective, it felt like most government space agencies stagnated before private industry, is that safe to say?

That increased the safety requirement by an order of magnitude, so it was just crazy.

And it led to this hugely expensive vehicle that sucked a lot of money from NASA. Because it was so expensive, it had to be used for really long periods of time to get the cost back, and that just stopped development in anything else.

Really, it was the private space race and private money that came, back when SpaceX and Blue Origin started developing new technology with both government and private funding, that the needle started to move again.

How do you view the relationship between entrepreneurship between private industry and scientific R&D?

In Australia, there's an overemphasis on the value of the abstract R&D that's done here. And I don't want to be seen to be critical of research institutions, but if you look at what University researchers generally do, they work on TRL (Technology Readiness Levels) 1-3, mainly for an early prototype.

So a lot of government money goes into that early stage of development; but what people don’t understand is that most of the real development cost and time is actually in getting a product from TRL 3 to TRL 9. I don't believe the universities see it that well either, because they value their TRL 3 technology highly without understanding how much more effort is needed to take it to market. And that's something I'd love to see meaningfully change in the next decade, to shift more towards execution and commercialisation than just building out and testing theoretical ideas. 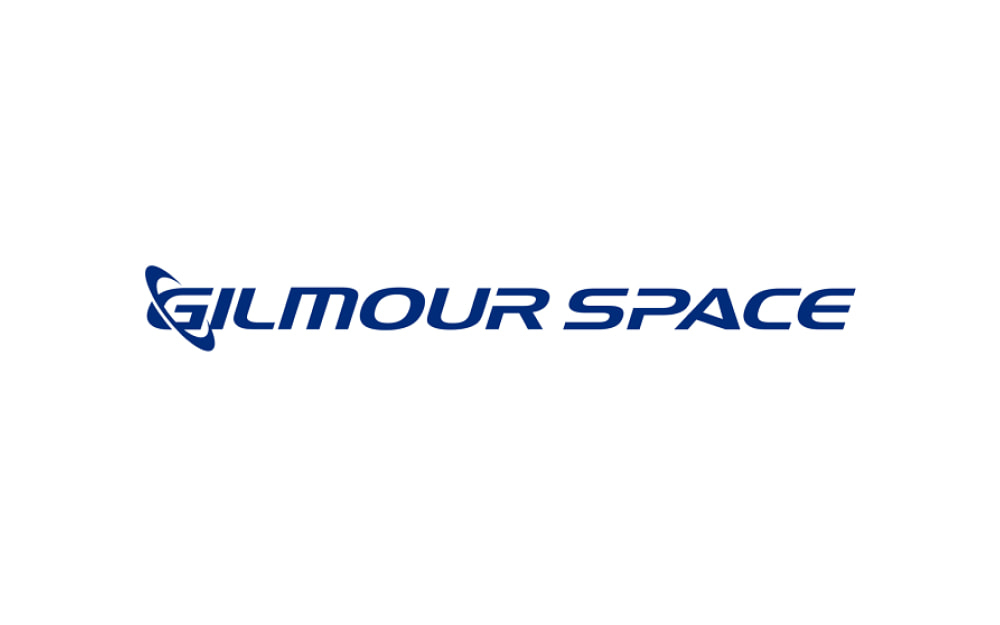 Developer of low-cost hybrid rockets designed to launch small satellites into space. The company's low-cost hybrid rockets use 3D printed fuel developed by the company helping them to create specific patterns and control how the fuel burns upon ignition, enabling research organizations and clients to launch their satellites in an affordable, reliable and dedicated way into low earth orbits.